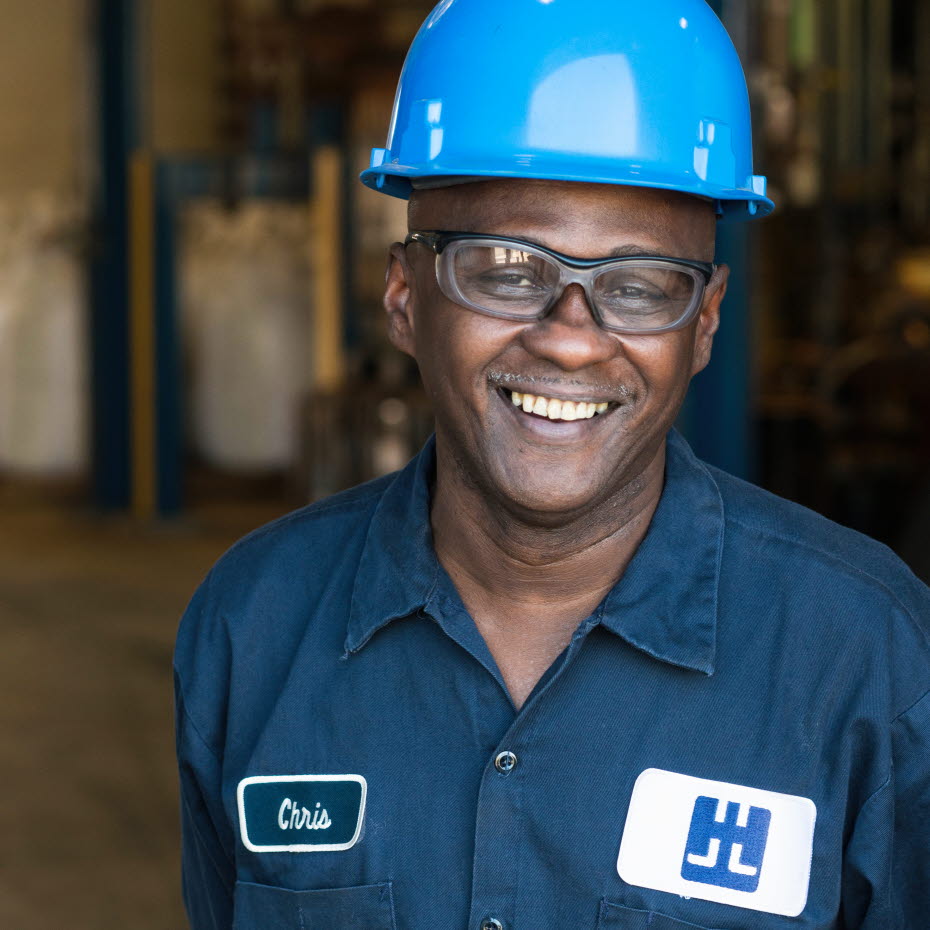 Whatever it takes, I’m in. I’ll do it

Chris Kennedy, a furnace operator at Höganäs in Niagara Falls, wakes up every day with a smile – because he has a job that he loves, and because he works with Cleanit® LC powder, which makes a real difference to people’s lives.

Chris Kennedy and four others are part of the Special Products Operation that runs the furnaces and other equipment used to produce both R-12 wash and Cleanit® LC powder. R-12 is the feed material used in the production of Cleanit® LC, Höganäs’ innovative water treatment technology for removing arsenic, hexavalent chromium, and other contaminants from drinking water and groundwater. It’s a product that’s fairly new to Chris, and he says he appreciates both its usefulness and its business potential.

“I am a team player,” he says. “Whatever it takes through the day to benefit the company, I’m in. I’ll do it.”