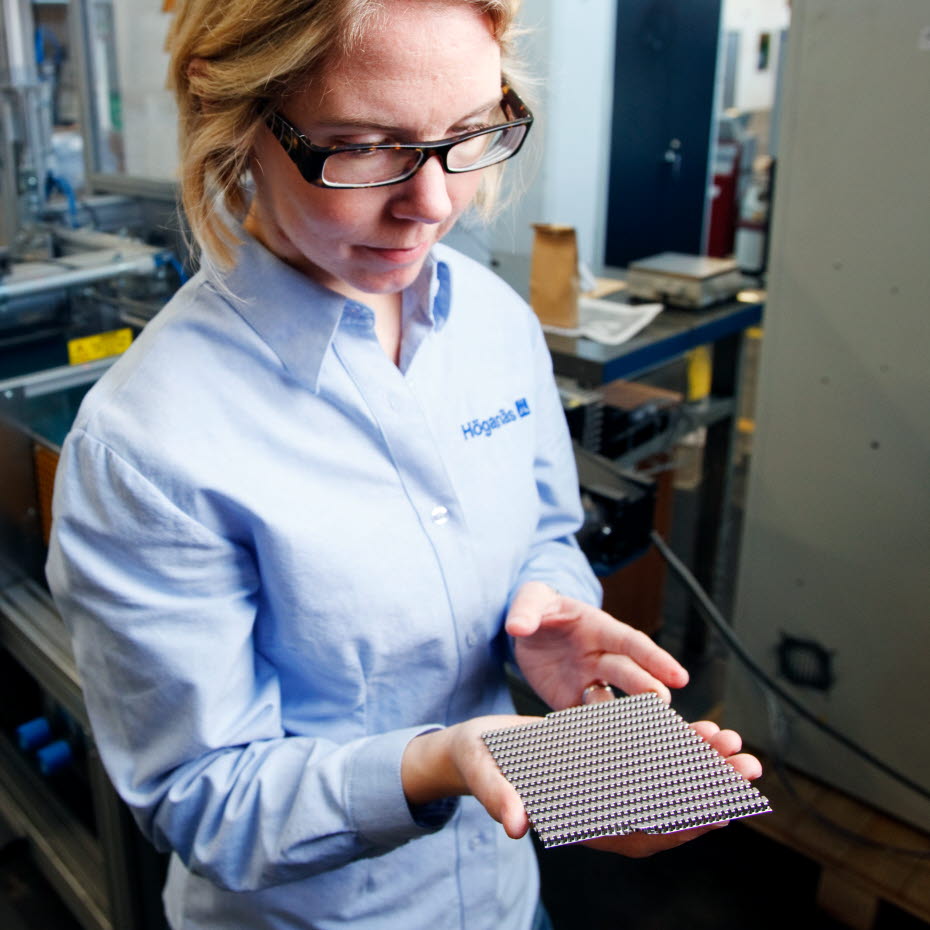 Lisa Kjellén’s first job after university was at Höganäs. After three years with another employer she returned, and she is now head of the brazing technology area.

“I have competent and driven colleagues who are always keen to collaborate and share. Everyone can contribute ideas and opinions, and we are all very social,” says Lisa when we meet in one of Höganäs’ laboratories.

She and her colleagues are in the process of mixing a brazing paste, which is used for binding together components in heat exchangers and catalysts at very high temperatures.

“We mix, test, evaluate and modify in order to come up with a new, homogenous product with the best possible adhesiveness,” she says. “This is a relatively new product within the company. Development really took off when Höganäs acquired a German manufacturer of brazing paste.”

After getting a degree in analytical chemistry at Uppsala University, Lisa got a job at Höganäs as a lab technician. Between 2002 and 2007 she mainly worked with soft magnetic material, a role she really enjoyed. She left Höganäs when her family moved northwards in Sweden, but she kept in contact the company.

After a few years away, and longing to return to southern Sweden, she got in touch with her old employer.

“I was a bit nervous coming back, but moving back down here and returning to Höganäs is the best decision I’ve ever made,” says Lisa.

It was while she was working within the Digital Metal® (3D printing) department, after a spell as a project manager within brazing, that Lisa was offered the role of manager of the brazing technology area. The new position brought with it both personnel and budget responsibilities, plus more contact with customers.

“I thought it sounded like a good idea,” she says. “It can be tough to throw yourself into something new, but I get great support from the organization.”