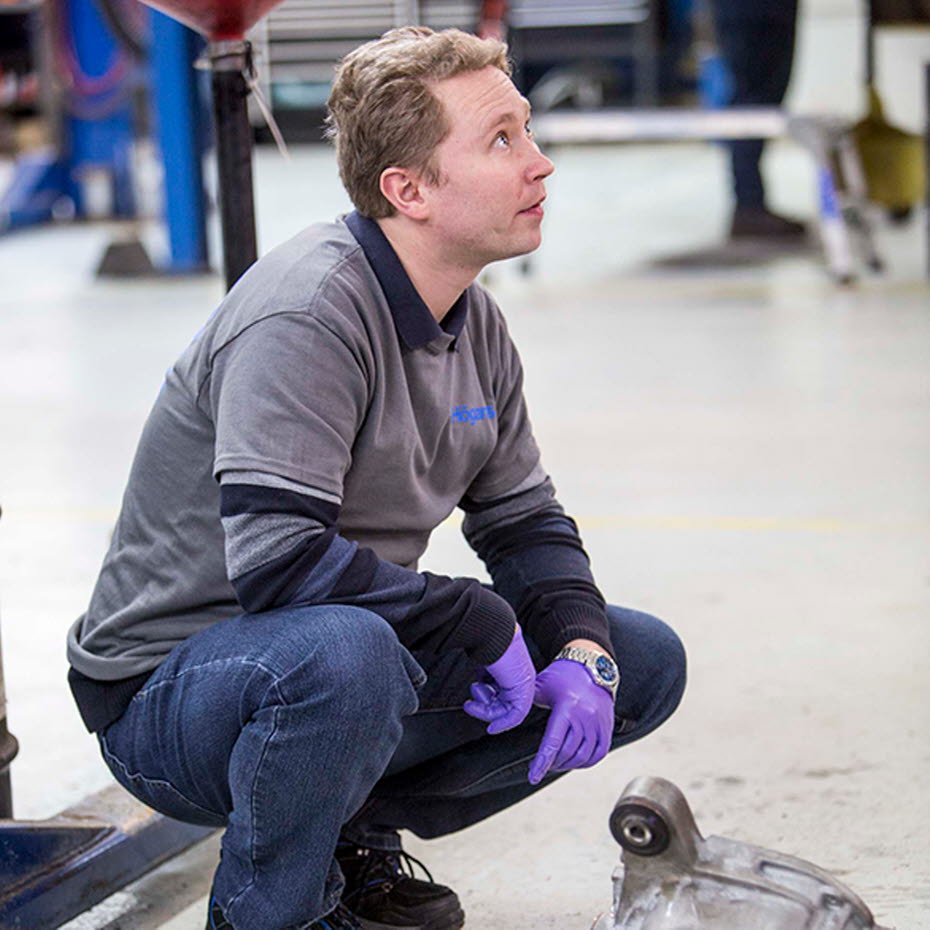 Growing up as a child in Poland in the 1980s, Lukasz Karas would tinker with broken household appliances, learning as he did so how they worked, and how to fix them. “In my country back then, it was hard to just go and buy new devices, so everybody would fix things,” he says. “It was the opposite of today’s throwaway society.”

So Lukasz would mend mixers and boilers, washing machines and record players. “I don’t think I had a particular talent for it,” he says. “I simply had a need.”

That childhood interest in how things are made and how they work stayed with Lukasz, and he went on to earn a degree in metallurgy from the AGH University of Science and Technology in Krakow. After his studies, he got a job working for a PM part manufacturer in Austria, before landing a job at Höganäs and moving to Sweden.

Today Lukasz is an business development engineer for Höganäs’ Business Area Automotive. He has had a key role in Höganäs’ Total Powder Metallurgy Car project, also known as the Teardown project. This involved teaming up with colleagues from around the world to completely dismantle three modern cars, to explore the potential for PM in new automotive applications. “I am identifying and finding the future of the company,” he says.

So does Lukasz think stripping down brand-new cars today as a highly qualified engineer is as fun as doing the same thing to household appliances as a kid? “I must admit it does give me a similar kick,” he says. “Especially when we were doing it in a repair shop with all kinds of tools and experienced technicians. These I didn’t have when I was a child!”