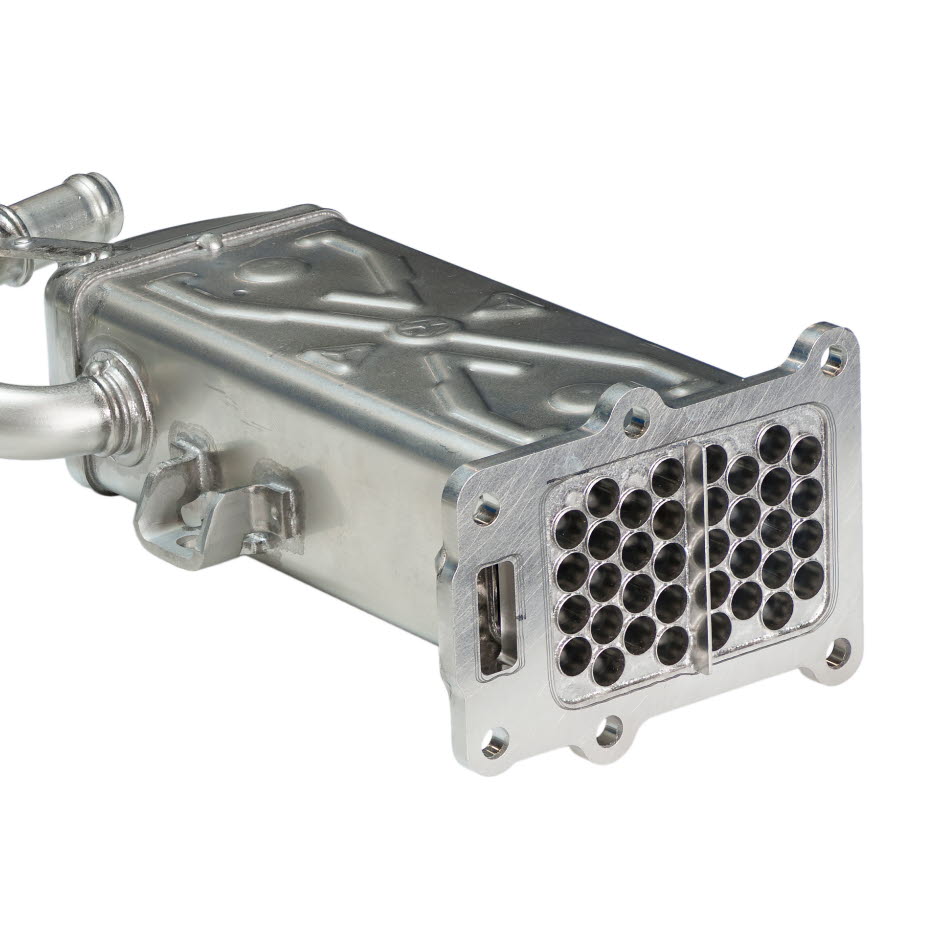 Höganäs is working together with several manufacturers of EGR coolers, providing not only the brazing filler material, but in some cases also the application of brazing paste. The paste application is done by screen printing at Höganäs’ plant in Ath, Belgium. EGR coolers can be brazed with Höganäs’ licensed product BrazeLet Ni613 which is a brazing alloy capable of withstanding the high temperatures in an EGR cooler with excellent corrosion and oxidation resistance. Together with Höganäs unique binder
formulations, customised for the screen printing process, it is possible to produce high quality coatings of brazing paste and leak-tight joints.

Höganäs’ pastes can be applied with standard screen printing equipment. The parts to be printed are fixed in a tool and then moved to precisely congruent position underneath the screen. A squeegee spreads the brazing paste onto the top of the screen, coating it with paste. The layer thickness is adjusted through paste selection and screen mesh size. After coating is completed, the screen moves down on top of the parts and a printing squeegee presses the screen onto the printing parts. As
a result, the paste is applied on the parts through the screen along the moving squeegee. The screen then releases the parts which are moved out of the printer for
drying. After drying, the strong adhesion of the coating ensures simple part handling throughout successive processing and assembly.

EGR coolers are used in both diesel and gasoline engines. In diesel engines, Exhaust Gas Recirculation coolers are used to reduce the amount of Nitrogen Oxide (NOX ) emissions. This is achieved by recirculating a portion of an engine’s exhaust gas – through the cooler – back to the cylinders which dilutes the oxygen and acts as a heat absorber to reduce peaks in combustion temperature. Since NOX are formed in a narrow temperature band, cooling the cylinders leads to reduced NOX formation and a cleaner, more sustainable, environment. In gasoline engines, EGR coolers are used to cool and recirculate a portion of the exhaust gases back to the air intake. Using a mixture of cooled exhaust gases and fresh air decreases the temperature at which the
fuel is being burned when the engine is under high load, (such as during acceleration or high speeds) which can improve fuel economy by 2-3%.