Ulf Engström’s contribution to Höganäs and the metal powder industry cannot be overstated. Over many years he developed the product while enlightening customers and colleagues on its possibilities. 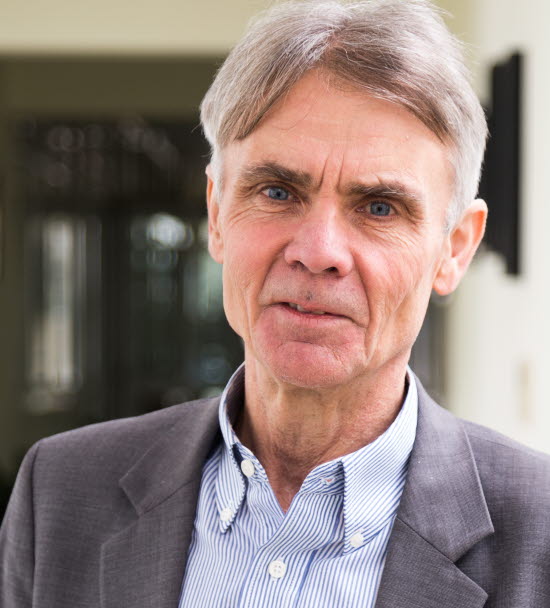 “I’m going to miss brainstorming and testing new ideas,” says Ulf Engström, who is now retiring after working with Höganäs for 43 years.

Ulf began his career at Höganäs in 1977 and has since become something of a celebrity both within the company and the metal powder industry as a whole. He has been involved in the development of some of the company’s most successful products, trained thousands of customers and colleagues, been awarded the prestigious Kami Prize, and even has his own prize named after him – the Ulf Engström Award.

Working his entire career at Höganäs all the way through to retirement is something that the newly graduated engineer from KTH did not foresee back in 1977.

“I come from Stockholm originally and thought I would move back there after a few years. But nothing came of it,” laughs Ulf.

His employment at Höganäs was initially a dual position. He spent half of his time handling patent cases, and the other half developing products. At that time, the business consisted of five divisions, of which only one worked with metal powder.

“Metal powder is a unique material, which was not understood in the beginning. It is fascinating how such small particles can build so many different components, which are almost as strong as solid products. To work in such a large and wide field is what attracted me.”

According to Hans Söderhjelm, Senior Vice President of Research & Development, Ulf Engström has been indispensable for the development and success of metal powders.

From Sweden to the USA and China

Working at Höganäs and having an interest in metal powder took Ulf Engström on a long career journey in several ways. In the early 2000s, he was responsible for the company's technology center in Stony Creek, USA, and in the 2010s he had a similar role in Shanghai, China.

“I was asked if I could go to the US in early 2001, to take care of technical support. It was a challenge. But I wanted to work more closely with customers and help them find solutions, while at the same time train employees,” says Ulf.

Sharing experiences and knowledge has been a recurring theme throughout his career. Many colleagues can testify to the humble and curious engineer who always wanted to bring out the best in his co-workers.

“Ulf is very knowledgeable and generous and is happy to share his ideas. He is a fantastic mentor,” says Caroline Larsson, who heads the Materials & Products team within Electro & Mechanical Technologies and who was awarded the Ulf Engström Award in 2018.

After 43 years of faithful service to metal powder, a welcome retirement awaits. When the corona pandemic ends, there will surely be a trip or two. But until then, the summer house will be renovated, the skis dusted off and an interest in music and art will be given time to flourish. There is no doubt that Ulf will miss Höganäs and the metal powder industry, but the question is whether they will miss him more.

“In short, Ulf is Höganäs’ Mr. PM,” says Hans Söderhjelm. “In fact, you could probably say that he is the world's Mr. PM.”