Höganäs has now pressed one million components in the Dorst TPA800 press, since it was put in place in the PoP Centre in Höganäs eight years ago. 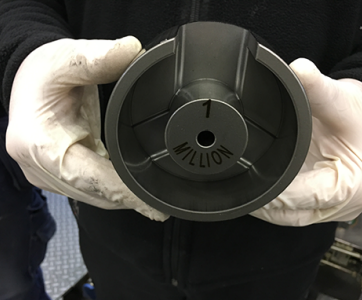 The millionth components is a pot core for an inductor and it was pressed this summer. Now it lies, laser engraved with the text "1 million", in Mats Larsson's office in the PoP Centre.

"The fact that we have pressed one million components simply shows that we have a lot of activities in the PoP Centre, which is very positive," explaings Mats. "Apart from pot cores we press so called blanks that we sell to customers who use them for prototyping of components. Other areas that we use the press for are development projects, often together with customers or end-users, and in our own development work to test new products under production like circumstances." 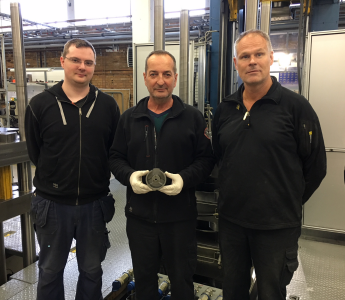