Adriano Machado, Ivan Neto and Leandro Albuquerque – all Höganäs employees in Brazil – cycled the famous Route of Light (Rota da Luz), a 207-kilometer journey that passes through nine cities, starting in Mogi das Cruzes and finishing at the National Shrine of Our Lady Aparecida, in the city of Aparecida do Norte (SP).

The trio completed the journey in two days, making only a few stops at stations along the route. The completion of the journey, especially in a year of so many uncertainties as 2020, was a great challenge and a source of pride and endurance for the three men.

The famous route is taken on foot and by bicycle by thousands of people every year. It is inspired by the Santiago de Compostela route, a famous passage from medieval Europe, where pilgrims from all around the world, driven by faith, travel to the religious and historic roots of Spain.

The small group decided to attempt the Route of Light after encouragement from their colleague José Mauro Santos, from the Mogi plant, who is also a cyclist and recommended the experience.

“It is a very difficult route, which requires preparation and a lot of will power. I thought about giving up at moments, but we kept on going together. We overcame and completed the challenge. It was a great moment of victory for all of us,” says Adriano, who now recommends the same adventure to other colleagues, as well as cycling in general as a way of getting in touch with nature and for maintaining good health. 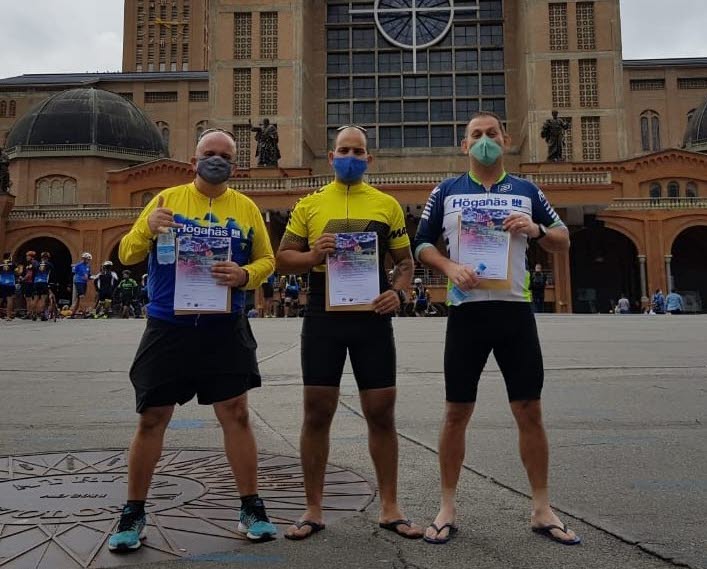