Höganäs is once again investing several million euros in a far-reaching programme to modernise and expand its production capacities for TBC (Thermal Barrier Coatings) powders at its production site in Laufenburg, Germany. This will help ensure that the growing demand for TBC from customers around the world can be met. Last year, the company also invested several million euros in a state-of-the-art atomisation plant for producing powders for 3D printing. 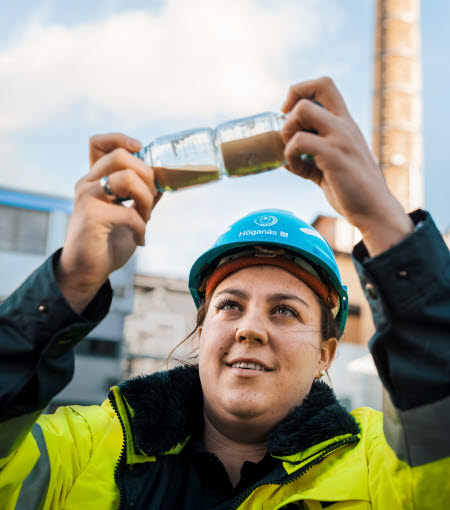 The reason for the modernisation programme is the expected growth in demand for TBC powders. These powders are used in the energy and aviation sectors, where thermal barrier coatings can significantly increase the efficiency of turbines. A ground-breaking ceremony was held at the beginning of September 2021 after 18 months of intensive preparation.

"By the summer of 2023, we will have significantly increased the production capacities for TBC powders through utilising several state-of-the-art production units as well as making improvements along the entire process chain," says Peter Thienel, Head of Operations for Höganäs in Germany.

Gas turbine technology in the energy sector is regarded as a bridging technology that should pave the way from fossil energy production to CO2 neutral energy production in the form of renewable energies. "Our powders are thus part of this solution and a vital part in driving the transition to clean energy in societies,” says Shashi S. Shukla, President EMEA at Höganäs.

Since Höganäs has been sourcing fossil-free electricity exclusively at its German production sites in Laufenburg and Goslar since 2021, these plants are now one important step closer to becoming net-zero climate neutral, contributing to Höganäs Group’s objective to reach net-zero value chain greenhouse gas emissions by no later than 2045.

Höganäs is the world leader on the market for metal powders with a yearly capacity of 500,000 tons. In close cooperation with customers, Höganäs develops tomorrow's solutions for automotive components, electrical motors, brazing, surface coating, additive manufacturing and sustainable water treatment. Höganäs operates 18 production centres across the globe and has a workforce of 2,400 employees. The turnover for 2020 was 800 million Euro. Höganäs, which was founded in 1797, is owned by Lindéngruppen and Wallenberg owned FAM.