Electrification has significantly changed the way that cars are made in a relatively short time frame. Powder metallurgy (PM) has long been relied upon for producing parts for cars powered by the internal combustion engine (ICE), but what role can it play in electric vehicles? 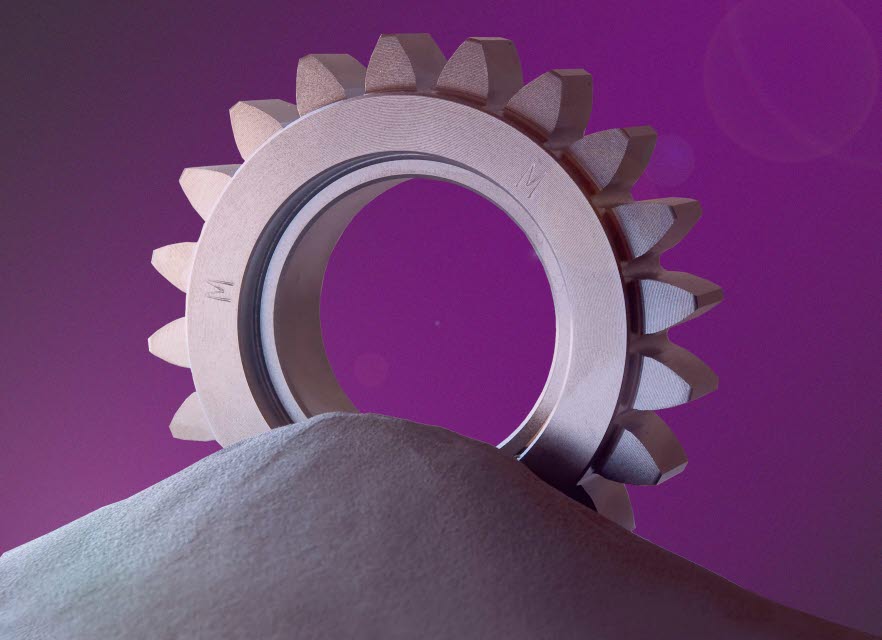 Most vehicles in production now are either hybrid vehicles or fully electric, which means that traditional manufacturing methods are being revisited to better address the needs of this new world of transport. PM components in ICE-based vehicles are very common, as the manufacturing method is used to make everything from drivetrain components to parts of the chassis. However, while battery electric vehicles (BEVs) may look mostly the same as ICE cars, the parts inside are different.

Some believe that these changes could be cause for concern for PM, but there could actually be significant opportunities. It is true that some parts are not ideally suited for PM as they are used right now, but with the right investments in technology and the optimal approach, the PM industry can add genuine value to this growing part of the automotive industry.

Aside from the fuel used, one of the biggest differences between an ICE-based vehicle and a BEV is the transmission system. Combustion engine-based cars usually have at least five gears, often more, whereas BEVs are often single-speed, and occasionally two-speed automatic systems. For ICE systems, PM is a mature manufacturing method that provides reliable, cost efficient components for car makers all over the world, but it’s essential for the PM industry to adapt to the differing needs of BEVs.

The gears in BEV transmission systems are engaged all of the time, which means the demands on material strength and durability are different. The loads are also different as the transmission is designed to work in a way that regenerates energy as well, and doing this requires load on the both drive side and the coast flank.

The gears in BEVs are also significantly larger than in the ICE alternatives, even in smaller electric vehicles. This combination of bigger parts, fewer gears and differing loads may seem like it would present too many challenges for PM to solve, but that’s not strictly true. With the right tools and adaptions, PM can offer a viable solution.

In addition to the considerations to be made with the sizes and stress-handling capabilities of the gears, the service life of each part is another major factor. The parts must be designed to be effective for at least 300,000km, while handling the different kinds of load they’re placed under in a BEV.

The opportunities with PM

In order to discover just how effective PM could potentially be for manufacturing parts for BEVs, Dr Anders Flodin from Höganäs and Babak Kianian, a PhD candidate at Lund University, carried out extensive tests and examined the parts used in today’s Tesla Model S. You can read the full study here, but it specifies that PM is an effective process for making these parts, as long as the right equipment is used.

For PM to be effective, manufacturers will need to invest in large presses with three upper and three lower punches, as well as helical gear adapters. Then, as long as the overall equipment efficiency is high and the number of parts being produced exceeds certain amounts, PM is actually a more cost-effective solution.

The cost benefits, along with the quality of the parts produced, are major factors, but then there’s also the fact that PM is a more sustainable manufacturing than the alternatives. As with parts for traditional combustion engines, PM could make a real, positive impact in the electric vehicle industry if it’s utilised in the right way.